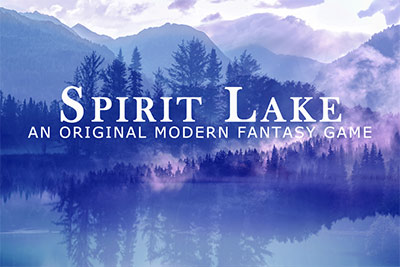 On the surface, Grand Lake looks the same as it did a year ago. The streets are still covered in snow. The mountains still slope down into the still waters of the lake in picturesque perfection. Tourists still arrive ready to snowshoe the trails of the Rocky Mountains.

There’s something else under the surface, though. Most of the locals have picked up on it by now, even if they aren’t actually saying anything about it (though let’s be honest, in a town of 500 souls, people talk). There were those giant wolves last spring, fresh on everyone’s mind as the Wolfsbane festival approaches again. And all the new folks from all over who’ve up and decided to settle in Grand Lake. Plus there was that time someone flew over the lake.

There’s magic in the air, and it’s bringing wonder to Grand Lake - and danger.

The small, sort-of-secret community of mages have started to organize themselves against it. After fighting off demons to save otherworldly friends, they’re keenly aware of what could happen if they’re not ready. For one, they know that one of those demons still holds a gem of incredible power - and there are more out there to be found.

There’s also the mythical library that might hold answers they’ve long wished for, if they can find it. And there’s the outstanding matter of one of their own, missing for months, who may have been involved in some foul play in the early days of magic.

It’s a new year, full of new beginnings and new possibilities – and new mages, drawn to the small town in the Rocky Mountains by the persistent calling of the dreams. Come home. You fit here. We need you.

They’re harder to resist every day.

Spirit Lake revolves around mystery and magic. Inspired by a host of modern fantasy and bump-in-the-dark sources such as The Magicians, Twin Peaks, Buffy, and Stranger Things, Spirit Lake has its roots in stories about small towns beset by mystery, magic, and myths come to life.

We’re set in Grand Lake, Colorado, a very small town in the Rocky Mountains that was once the last place magic was alive on Earth. A year ago, magic returned, and a growing number of portals to other worlds have opened.

We are an active community that strives for a balance of day to day social RP and plot-driven scenes. We run plots via scheduled events, player requests and ‘open action’ threads that encourage characters to collaborate toward goals as varied as discovering something through research, killing some demons, or building a hospital.

We’re kicking into high gear after a holiday plot break, with several metaplot threads on deck (and two absolutely fantastic PRPs wrapping up). Now’s a great time to join!